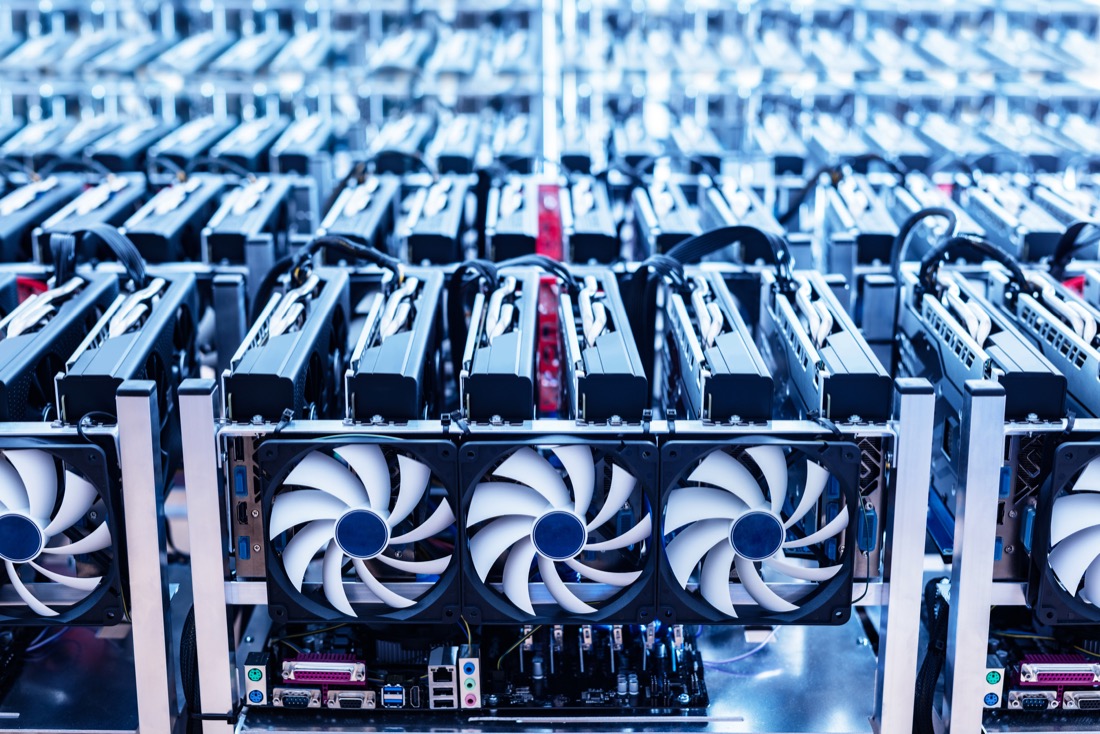 Cryptocurrency miners could increasingly be drawn to the Chinese province of Sichuan, potentially boosting trading demand for bitcoin from China, as the local government heeds a call by President Xi Jinping to step up blockchain development.

Xi told the Communist Party’s Central Committee last week that China should expedite the development of blockchain technology and actively integrate it into its economy. And over the weekend, Jiang Yang, a former vice-chairman of top regulator China Securities Regulatory Commission, told a town hall meeting in Beijing tasked with steering the strategic development of the province that Sichuan should continue to tap cheap hydropower to support blockchain and digital currency development.

“Sichuan should study further about how the province’s cheap hydropower resources can attract digital currency-related businesses,” he told the conference, as reported by Sichuan Daily.

Cryptocurrency mining is an energy-intensive process and some companies are already taking advantage of Sichuan’s cheaper electricity tariffs. The province, in south-western China, is blessed with a long rainy season, which starts in May and lasts about four to five months. As a result, the province is China’s biggest producer of hydropower. Last year, it produced 78.2 gigawatts and exported 104 billion kilowatt hours (kWh), or 30 per cent of its total output, to other regions. A gigawatt can power 830,000 Chinese households for a year. There are 1 million kilowatts in a gigawatt.

In the absence of adequate infrastructure at some hydropower plants, opportunities to export excess output have been missed. An increase in cryptocurrency mining is expected to help absorb this excess capacity and potentially boost the local economy.

During the rainy season, Sichuan’s electricity tariffs drop to as low as 2 US cents per kWh, according to a source, much cheaper than the 11 US cents reported in Guangzhou and Beijing, according to data provider CEIC.

Tariffs rise up to 4 US cents per kWh during the rest of the year, which is still very attractive for cryptocurrency miners, as energy bills amount to about 90 per cent of their operating costs.

Jiang told the conference China mined 70 per cent of the world’s bitcoin, followed by India at 4 per cent and the United States at 1 per cent, attributing the country’s lead to the availability of cheap hydropower. 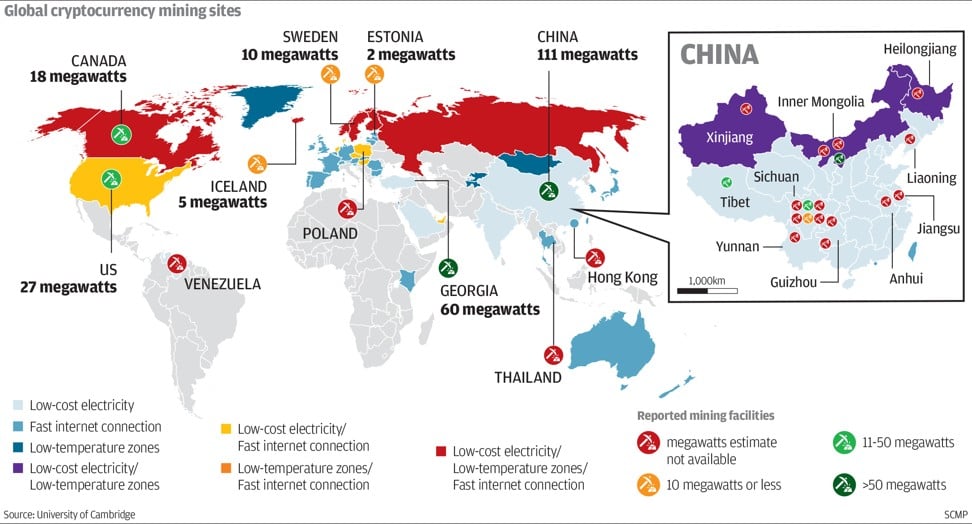 Bitcoin is the earliest and by far the most successful use of blockchain technology. And Xi’s endorsement of blockchain is likely to reignite interest in cryptocurrencies such as bitcoin. This will, however, run counter to efforts by the National Development Reform Commission, China’s main macroeconomic planning agency, this year to clamp down on bitcoin mining.

Trade in bitcoin is also expected to go up, as the miners need to cash out from the bitcoin rewards that they obtain from the mining process, to pay for their operational expenses, or to trade out of their bitcoin holdings in general, said Leon Liu, chief executive of retail cryptocurrency trading platform Bitkan.

But as the Chinese government has forbidden cryptocurrency trading platforms and exchanges since 2017, over the short term, this increased volume will continue to be traded through offshore exchanges, such as those in Hong Kong, industry players said.

Currently, there are 18 million bitcoin in circulation, according to research website CoinMarketCap. The bitcoin network is designed to have a maximum supply of 21 million bitcoin.

“Since President Xi’s comments on blockchain last week, we have seen the volume of bitcoin traded through our platform surge by four times,” said Liu, whose platform is linked with several cryptocurrency exchanges outside China.